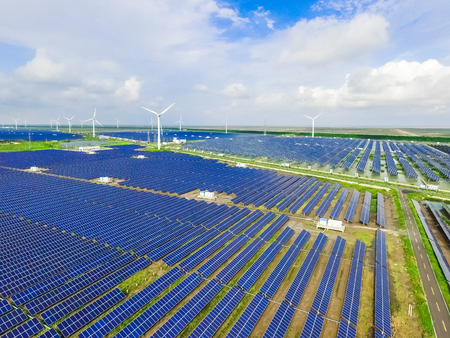 The world is changing drastically from climate change and global warming. The warnings are there from government officials, scientists, and environmental researches about the effects global warming is having on our planet. Renewable energy is what we are turning to help save our world because we need to act fast before it gets worse.

First things first, we need to talk about the definition of Global Warming vs. Climate Change:

Global warming is the heating of Earth’s climate after a long period of time from human factors, including fossil fuel burning and pollution. Burning fossil fuels raise greenhouse gas levels in Earth’s atmosphere, which traps heat.

The Effects of These Two on the Environment:

Renewable energy sources such as wind and solar energy are at the top of the world’s priority list. The natural process of the Greenhouse Effect is something that has been happening on this planet for millions of years. The problem is that there is an increase in Greenhouse Gases, which is negatively impacting the Earth’s atmosphere and temperature. The heat is increasing radically because of this effect resulting in consequences.

Solar Energy Impact on the Environment

Solar panels are one of the best ways to fight off climate change in our world. It’s a clean energy source that can be stored and recycled for individuals, businesses, and the electrical grid in towns and cities. The technology is beginning to get cheaper and more efficient, forcing the world to turn to the energy source.

The benefits of solar energy on the environment:

There is finally a consensus in the world from experiments, climate models, and research from scientists that solar is the route we need to take regarding our environmental issues. We can see all over the world that storms are beginning to increase in frequency and severity, ice caps are melting at the poles, and water levels rising. If we can harness the sun’s rays and create a healthy and clean environment on this planet, then we can start to solve some other problems around the world.

Solar technology is becoming cheaper and more efficient, thanks to discoveries and inventions. Researches, scientists, and engineers are working hard to find a way to make solar the top dog in natural resources so that our dependency on nonrenewable and harsh resources.

At Pope Energy, we develop and construct large-scale solar photovoltaic projects for system owners, landowners, and businesses. We are in the fight to make our grid much more efficient and cleaner for the planet. Located in Boston, Massachusetts, we serve throughout the state, as well as Rhode Island, New Hampshire, Vermont, and New York.