As a building owner, it is your responsibility to invest in the well-being of your property and the people within it. And recently, this means investing in renewable energy, specifically solar power. 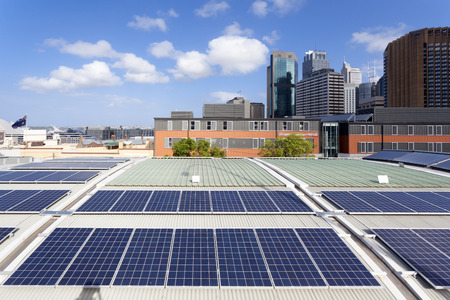 What we know of commercial buildings—be it schools, offices, or stores—is that electricity costs make up a significant portion of the overall cost of the building.

This affects the cost of upkeep, and the rent that tenants pay.

With a solar system installed, however, it’s been reported that commercial buildings stand to save between 20 and 40 percent of their electricity bill when they invest in a solar system.

Solar panels are a low maintenance investment with a high reward. They are built to withstand the elements, creating a very reliable system to power your building with no noise or functional interference.

The longevity of solar panels is incomparable to any other utility electricity.

There are a number of incentives on the state and federal level in place for you to invest in solar. It almost pays to go green.

Not only does it improve the reputation of your building and add value to your property, the increased cash flow allows you to spend more on the commercial property itself, thus enhancing the experience for all tenants.

If you’re ready to commit to commercial solar power and are interested in learning more about the investment, call on the team at Pope Energy. We combine energy efficiency with the latest technologies to outfit your building with a solar system that meets your needs and reduces your carbon footprint. Call us at 855-767-3363 today to learn more.

The Massachusetts legislature recently welcomed 24 new state representatives, the majority of whom are seeking to address the ever-growing issue of climate change.

As it stands, Massachusetts, home to about 6.8 million people, receives about a sixth of its electricity from renewable sources, like wind and solar.

That’s not enough for the new members of the Massachusetts state legislature.

100 percent renewable electricity by the year 2050 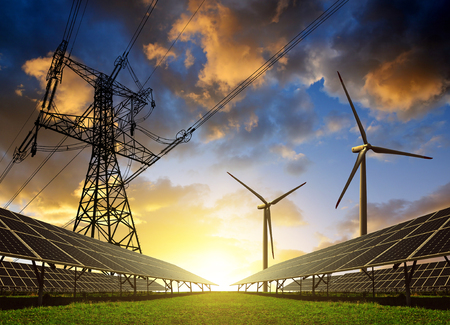 The newest crop of state representatives is pledging to transition the entire state to 100 percent renewable electricity by 2050—an ambitious goal that would put the Bay State at the forefront of the green movement.

Out of the 24 new recruits, 14 have signed onto the pledge, and are now calling themselves the GreenTeamMA (https://www.desmogblog.com/2019/01/08/massachusetts-state-reps-support-100-renewable-energy-2050); a campaign platform that promises to shun donations from fossil fuel companies and promote new initiatives in wind and solar energy.

Massachusetts could get to the 2050 goal through a variety of means. It’d require a percentage of residential and commercial solar plants, onshore and offshore wind farms, geothermal, and hydroelectric sources. But the result would be an entirely revolutionized grid, with a host of economic and social benefits for the Massachusetts people.

What does a 100 percent renewable grid look like for Massachusetts?

According to some observers, it means over 53,000 new construction jobs for the state, as well as 38,000 operations jobs. These are well-paying, middle-class careers, that could not only help lift low-income residents to the next step in the economic ladder, but also, help the state overall.

With a projected savings of $8.2 billion in healthcare costs from air pollution, we’re looking at a healthier, happier state for everyone.

As this state legislative session gets underway, we look forward to seeing the many efforts made by the GreenTeamMA and other representatives to make this viable green vision an achievable reality.

For more information on solar development in Massachusetts and supporting the green initiative, call the team of experts at Pope Energy at 855-767-3363 today!